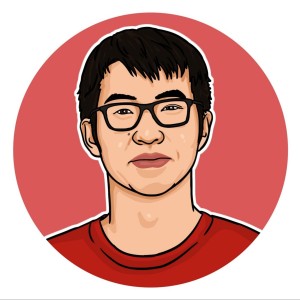 Change Data Capture (CDC) is a common technique to track data changed in a database system. Then downstream systems, instead of fully resyncing, can operate on the incremental changes. Downstream systems can use the record changes to re-materialize the table to the latest state more efficiently or use the transaction history to derive useful metrics and insights.

There are a few common mechanisms to capture changes:

Operating on the database provided replication log has several advantages over other methods to achieve the same results (for instance, taking periodical table snapshots):

Capturing this change stream does have some tradeoffs:

Debezium (pronounced as “dee-BEE-zee-uhm”) is an open-source tool that abstracts away the complexities of working with low-level database events. A common Debezium architecture looks like this:

If your use case is a low-latency one, that is, getting near real-time updates from database change events, Debezium would be a right fit. However, if you would prefer a “pull” rather than “push” model, i.e., polling database changes at a regular interval, and act upon them in batches, Debezium may require more work downstream of the Kafka connectors.

Overall, while Debezium offloads the labor of decoding raw log formats from various databases, it still requires much hands-on experience. For example, setting up and maintaining a cluster of Kafka brokers, as well as the Zookeepers to manage them. In addition, downstream subscribers must do extra work to handle duplicate events, in event of Debezium service going down.

Ascend.io provides a unified platform for data engineering work. Grabbing CDC data is made simple in Ascend with just a few clicks: Internally, Ascend reads and parses the appropriate change stream provided by the database (for example, using logical replication in Postgres). Users can configure these readers (Ascend Connectors) to fetch at a given frequency. Ascend will then store the last read checkpoint, pull events occurring after the checkpoint, and then update the last checkpoint. As CDC is strictly an incremental dataset, that is, historical data is never mutated, it works perfectly with Ascend’s notion of data partitions. Each Ascend partition contains a series of change events, and users can compute in parallel to construct powerful solutions.

Regardless of whether you bring in CDC data via Debezium or Ascend, here are some common patterns with which you can make use of them.

Most databases only retain change logs for a limited period (typically a few days). This practice allows databases to serve basic replication use cases while minimizing storage costs on the database servers. ETLing this changelog enables cost-effective retention of the full change stream in cheaper storage tiers, like cloud blob store instead of on disk. This archived copy of the full change stream allows for more complex use cases of time-travel across the database and deeper analytics than can be performed on the re-materialized state. In Ascend the change stream replications are already stored in the blob store that backs your Ascend deployment. These change streams are then fully accessible to enable the more complex use cases below.

It may sound counter-intuitive: why would we reconstruct a table using CDC event stream, when we could just pull the latest table as-is?

As mentioned earlier, “SELECT *” is potentially a heavy operation to be performed on a production database. Compared to full table sync, the “incremental column” approach puts much less load on the system, where each sync only fetches rows changed or modified since the last recorded checkpoint. These changed rows then get combined with the previous table snapshot, reconstructing the latest state of table data—a recursive model to continuously apply new changes on the existing dataset.

CDC further builds on the incrementality idea. Since it reads log files instead of querying the database, it also further reduces system load.

The following diagram illustrates the few steps to re-materialize a database table to its latest state:

In Ascend, this recursive type of transformation (snapshot + delta) is native to PySpark and Scala transformations. The code (in Python) looks similar to:

It is quite trivial to conduct “time-traveling” using CDC, that is, reconstruct a source table to a point back in time (let’s say, t1). To do that, we just need to start from the initial DB table state, build the rematerialized table with only transaction logs earlier than t1.

CDC is also valuable to help us unlock some questions on the dataset, that other methods can hardly achieve:

These advanced use cases and more are all possible in Ascend by adding additional transformations on top of the change stream (since Ascend makes the full change stream accessible). Similar to the re-materialize example above, the same strategies of aggregating changes apply to creating slowly changing dimension tables, snapshot tables, or whatever other data set needs to be constructed.

CDC is a promising pattern as it fully harnesses the power of “incrementality”, as the size of data keeps growing in transactional databases. At Ascend, we are excited to build with customers and explore the full potential of automated CDC dataflows.